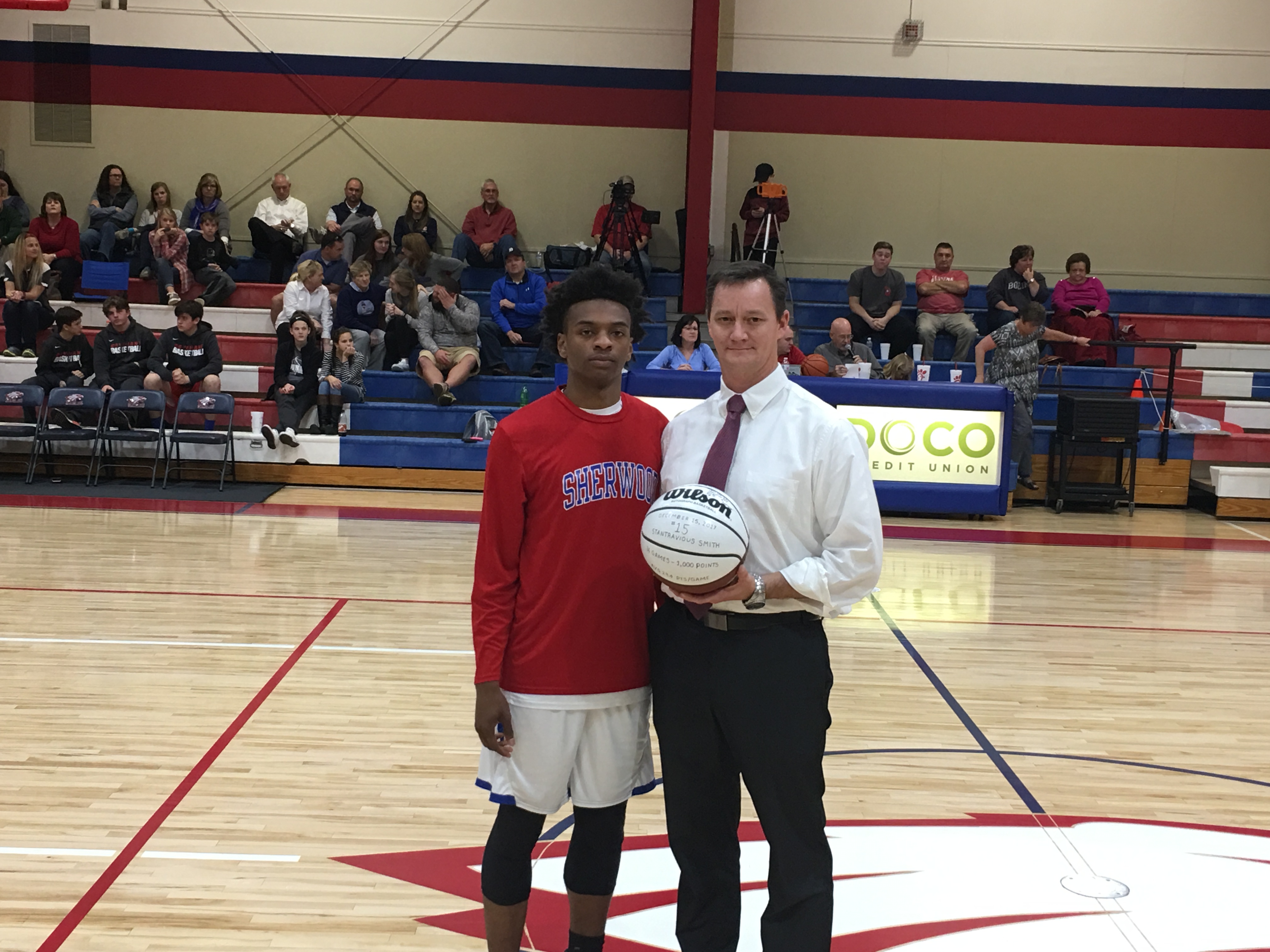 Tuesday night, senior Stantravious Smith was honored in front of his home crowd before taking on Covenant Academy for reaching the 1,000 point milestone for his basketball playing career at SCA. He reached it the previous Friday versus John Hancock Academy at the Fullington Christmas Tournament.

What is astounding is that Smith reached this impressive milestone in just 34 games as an Eagle (junior year and one-third of senior year). Currently, he is averaging just over 29 points a game at a clip of 58%. Additionally, he shoots 75% from the free throw line, has accumulated 73 three-pointers, and averages 10 rebounds a game in his career. Smith is on pace to set many SCA records before his playing career is over. Congratulations to senior Stantravious Smith!