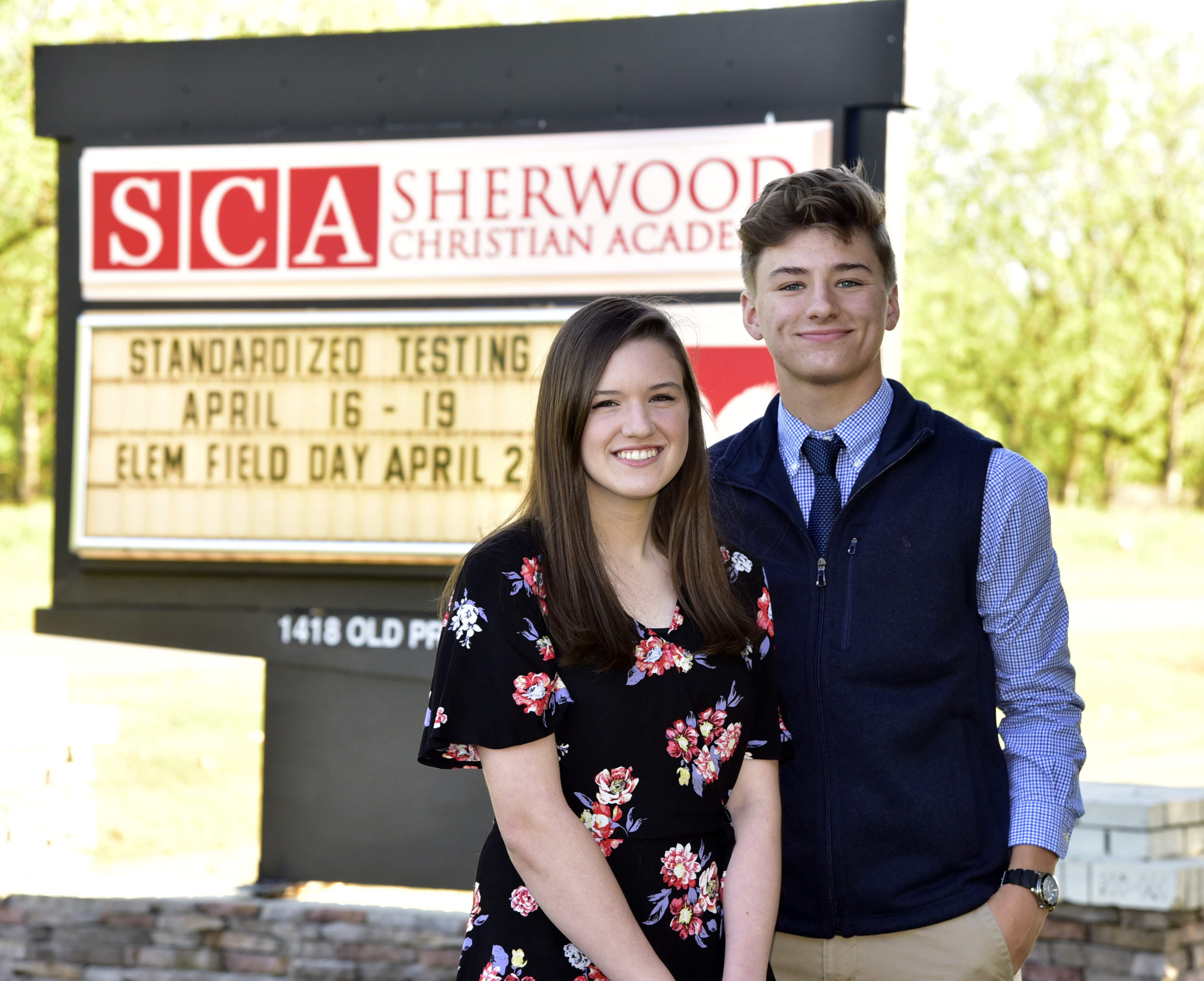 Sherwood Christian Academy held its 29th commencement exercises for the Class of 2018 on Friday, May 18,  at Sherwood Baptist Church. Casey Gregors and Will Alderman are valedictorian and salutatorian respectively for this year’s graduating class.

Valedictorian Casey Gregors graduates with honors with a 4.0 GPA and will be attending the University of North Georgia in Dahlonega as a biology major. Recognized this year as SCA’s STAR student, Casey excels academically as a member of the National Honor Society, an SCA Headmaster Scholar for four years, ACSI Distinguished Christian High School Outstanding Achievement Award winner, and Student Council President. She was chosen as the Senior Female Leadership Award winner. Casey has attended SCA for 13 years. She is the daughter of Joe and Tammy Gregors and is a member of Sherwood Baptist Church.

Salutatorian Will Alderman graduates with honors with a 4.0 GPA and will be attending Lee University in Cleveland, TN, as a political science major. Excelling both academically and athletically, Will has been one of SCA’s Headmaster Scholars and Scholar Athlete for four years. He is a member of the National Honor Society, ACSI Distinguished Christian High School Outstanding Achievement Award winner, Class President for three years, four-year letter winner in football and three-year letter winner in soccer. Will also received the Senior Fine Arts Award for an outstanding career in theater as well as the coveted Senior Male Eagle Award, and a gold medal of recognition for exemplary community service throughout high school. Will has attended SCA for 14 years. He is the son of Troy and Carly Alderman and is a member of Sherwood Baptist Church.